Login of Maak een account aan
Reacties0
Delen
Deel op Facebook
Linkedin
Tweet op Twitter
Jet Bussemaker is one of the keynote speakers at the European Implementation Event (EIE). With her interdisciplinary approach, she wants to bridge the gap between scientific knowledge and policy design and implementation, and the way in which professionals deal with policy goals in concrete situations. 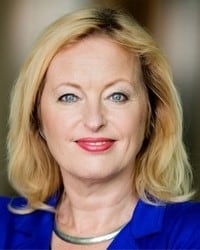 Prof. Dr. Jet Bussemaker is professor in Policy, Science and Societal Impact, especially healthcare at Leiden University, The Netherlands. She is also president of the Council for Public Health & Society, the Netherlands.

She writes about her keynote at EIE:

I will focus on the relationship between science and policymaking/politics. I know both worlds quite well, as an academic and as a former politician. They start from very different paradigms and dynamics.  Science is based upon curiosity, doubt and slow questions. Politics and policymaking requires clear opinions, uniform answers and  rapid decision making. Despite these differences, they need each other. To take proper decisions, a minister requires knowledge about the background of a problem, the alternative interventions and possible societal impact (and this is often lacking, see the recent example of childcare surcharges in the Netherlands where clients suffered unjustified pay-backs).  Science needs (policy) frameworks and legitimation to be regarded as meaningful and not ‘just an opinion’.

On the other hand, science doesn’t automatically yield relevant policy solutions: during  covid-19 we could see politicians who built their policies solely on scientific experts, such as virologists and micro-biologists. Other sciences such as philosophy (about the balancing of values) or sociologists (about the consequences of the approach to combat covid-19 for vulnerable groups) may have had less influence. The focus on medical experts by politicians is quite understandable from a political perspective: technically-based knowledge creates guidance for politicians on the basis of selected facts, and may contribute to depoliticize the problem. At the same time, important but complex additional information may be lost.

In my presentation I will explore the interrelation between politics and science in a risk-society. From there, I will elaborate on the impact of science for societal issues more in general. How can we use scientific knowledge in the best possible way to enable evidence based decision making, whether it is in healthcare, education, social payments or environmental issues? What does this demand from scientists? For example in their problem definition and possible co-creation with non-scientific partners, in the way they perform their research and create feedback circles with other partners and in the way they maximize the societal impact of their research outcomes in an effective sustainable way.

I will argue that there are different pathways to create impact, and there is certainly not one answer how to improve impact. At the same time, there may be distinctive features to improve impact. Successful impact- pathways share a desire for collaboration, respect for complexity, acceptance of uncertainty and a learning attitude.

I am looking forward to an interactive discussion with the audience on these topics.

Before her she was a professor, Jet Bussemaker was Minister of Education, Culture and Science (2012-2017), junior Minister of Public Health, Welfare and Sports (2007-2010) and member of Dutch parliament for the Dutch Labour Party for almost ten years.

Implementation knowledge as a solution for healthcare challenges

The next generation of implementation professionals

Schrijf u in voor de nieuwsbrief